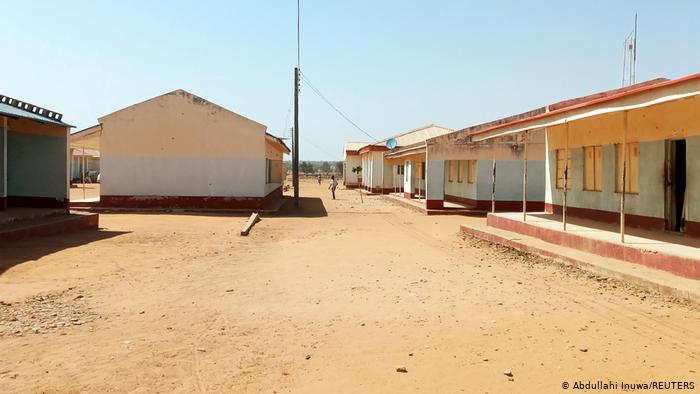 According to a parent and school employee, about half of the school’s 800 students are missing after raid in northwestern Katsina.

The Nigerian military is said to have located and exchanged fire with gunmen who may have kidnapped the secondary school students in northwestern Katsina state, according to a statement from the president.

The gang, armed with AK-47s, stormed the Government Science secondary school in Kankara district at about 9:40pm on Friday (20:40 GMT), police and locals said.

The attack took place in President Muhammadu Buhari’s home state, and police and the military were still working to determine how many were kidnapped and missing.

Buhari said in a statement on Saturday that the military had located the kidnappers in a forest and was exchanging fire with them, aided by air support.

“I strongly condemn the cowardly bandits’ attack on innocent children at the Science School, Kankara. Our prayers are with the families of the students, the school authorities and the injured,” he said.

Police at the scene on Friday exchanged fire with the attackers, allowing some students to run for safety, according to police spokesman Gambo Isah.

“The bandits came on motorcycles firing sporadically and tried to enter the school. Our men with the assistance of the army engaged them in a shoot-out lasting one and a half hours,” he said.

Police said they would deploy additional forces to support the search and rescue. One officer was shot and wounded in the exchange of fire with the gang, they said.

Local residents said several students were kidnapped by the attackers who split into two groups.

“The kidnappers fought with security personnel. While the fighting was ongoing, another group went into the school and took away several students,” Nura Abdullahi told AFP.

“Some of the students who escaped returned to the town this morning but others took a bus home,” he said.

“The school is deserted. All the students have vacated,” he added.

Isah, the police spokesman, said about 200 students “who fled for safety during the assault” returned to their hostel on Saturday morning.

Katsina has been plagued by violence the government has attributed to bandits – a loose term for gangs of outlaws who attack locals and kidnap for ransom. Attacks by armed groups are common in northeastern parts of the country.

Bint’a Ismail, the parent of an abducted child, said the residents of Katsina state live “in a terrifying condition”.

“We don’t see the value of the government, in fact. I have a younger brother and a child taken by the kidnappers.”

Violence and insecurity across Nigeria have enraged citizens, particularly after dozens of farmers were killed, some beheaded, by fighters in northeast Borno state late last month. The Katsina abductions are the latest high-profile incident involving school children in Nigeria.

“For it to be that we have a major tragedy of abduction as the media is saying, hundreds and hundreds of students once again in the country is an indication that we learnt no lessons from previous tragedies,” former Nigerian Education Minister Oby Ezekwesili told Al Jazeera.

No group has claimed responsibility for the Katsina incident, and the area is far from Boko Haram’s usual area of operation in the northeast.

Buhari, who arrived on Friday for a week in his home village some 200km (125 miles) from Kankara, was scheduled to brief the national assembly on the security situation last week, but cancelled the appearance without official explanation.

When will African countries get the Covid-19 vaccine